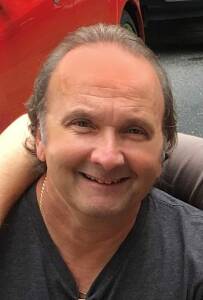 Joe Cortese, longtime Boston-based host and producer, began syndicating the show nationally in 1998 after he had overwhelming success with a local version, “Back To the ’80s Saturday Night,” heard then on WBMX-FM (Mix 98.5).   As an offshoot of that, “Retro Pop Reunion” found similar success in markets including Atlanta, Milwaukee, South Jersey, and many more.

“Retro Pop Reunion” features the hits of the video music era – the songs that THRIVED on MTV and VH1, when music was actually STILL ON MTV and VH1.  Each week, the four-hour program features a unique theme-based on a moment in history, or a headline of today that makes the iconic retro artists HUGE AGAIN.

If you haven’t heard “Retro Pop Reunion” in a while, or haven’t heard it before, take a fresh listen below.  Joe is excited to be brining a new energy to the show, complete with new features, new contests, and new stories on the artists you love that you’ve NEVER heard before.

Want to learn more?  Reach out to Ed Moloney or Gina Suarez at Skyview Networks today – and lock up the BIGGEST HITS of the video music era for your market – before they’re gone!

Remembering Estelle Harris with 5 moments where…

Another “Super Freak” sample – and this…