What’s older… BETTY WHITE, or THIS?

Time to take a special quiz on the day "The Golden Girls" premiered!

Today in (SPOILER FOR THE THROWBACK TIMELINE) 1985, we heard “Thank You For Being A A Friend… travel ’round the world and back again” for the first time in the opening theme to what became a Saturday night TV staple: “The Golden Girls.”  The show garnered countless accolades and Emmys, showing that life didn’t end after 50, and captured the hearts of many during its 7+ year run.

What’s even more amazing is the surprising staying power of the last remaining Golden Girl, Betty White.   After the show  wrapped, Betty guest starred in other commercials, series’ and movies, even making an ICONIC hosting appearance on Saturday Night Live.

So, on this night where we celebrate the iconic show that has brought us so many laughs, and the woman who is STILL here to provide them, we ask the question… WHAT IS OLDER… ____________ OR BETTY WHITE? 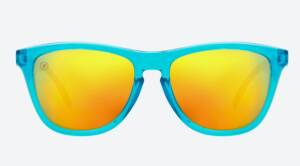 Betty Marion White Ludden was born January 17, 1922 outside of Chicago, Illinois.  Although sunglasses have been traced back to ancient times when they were used to protect guilty plaintiffs in court in the 1500s, their modern use began in 1929 thanks to the introduction of Foster Grants here in the United States.  So, while sunglasses are technically older than Betty White by a few hundred years, Betty is older than the trend of wearing them as a fun, sun-avoiding accessory.  So, who’s older? 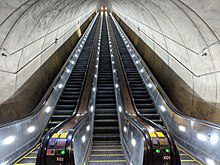 According to records, the first escalators appeared in the 2nd half of the 19th century, with the first ELECTRIC model gaining popularity in 1911 at a London train station.  So, with that in mind, the electric escalator is about 10 years older than Betty White.

EDGE: ESCALATOR, but not by much. 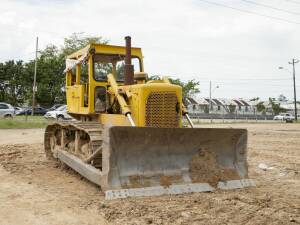 Used for the first time on a Kansas farm, the first bulldozer on record was created in 1925.  It was rigged to the front of a regular tractor to move dirt quickly, making farmers’ jobs easier, and it quickly gained in popularity.  With that in mind…which is older, the BULLDOZER or Betty White? 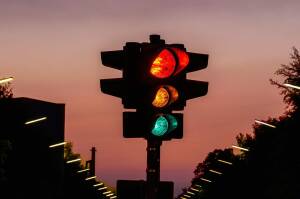 With the introduction of automobiles on assembly lines, auto manufacturing and popularity SURGED in the 1910s.  Vehicles like Ford’s Model T became the must-have for American families, which yielded (PUN INTENDED) the need for a traffic light system that was universal, easy to understand, and accepted across the country.  In 1918, this – the red / yellow / green traffic light, became the norm across the country.

EDGE: THE TRAFFIC LIGHT, but only by three years. 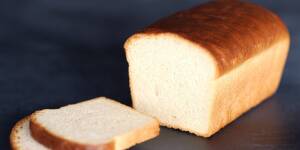 It truly is amazing to look at entertainers like Betty who have had this much staying power, and this much pop culture relevance, even into their ’90s.  Here’s to her, our departed Golden Girls as well, and to all the positivity and fun they brought to our lives over the years.

Happy anniversary THIRD EYE BLIND! What color is YOUR album…